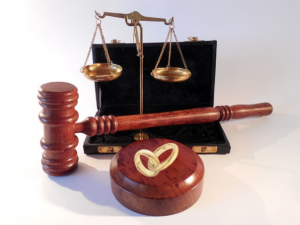 Certain people are not forced to reveal information they obtain through communication with someone who has been charged with a crime. This protection is called a privilege, and privilege provides immunity to certain people, safeguarding them from having to testify against another. The privilege that exists between a client and his attorney is one example.

Communication with priests, psychologists, and others who have access to sensitive and secret information about an individual can also be considered privileged. If you’ve ever watched a courtroom drama on TV, you’re likely to at least be aware of the fact that in most cases, a husband or wife does not have to testify against their spouse during criminal proceedings. Privilege is granted to husbands and wives, but there are exceptions and conditions that must be met.

Privileges are not the same as constitutional rights. A person has a Fifth Amendment constitutional right not to incriminate himself or herself by providing testimony that would present them in a poor light. That is where “pleading the fifth” comes from. Privilege offers similar protection but without the security of the constitution to ensure it. Privilege is governed by the state, and in Ohio, there are two types of spousal privilege: spousal competency and spousal privilege.

Competency, in Ohio, settles the question of whether or not a person is capable of testifying. In Ohio, there are very few categories of people who do not meet the competency requirement, but one of the categories protected under Ohio competency laws is the spouse. In Ohio, a spouse is considered “incompetent” to testify unless that spouse wants to testify. In other words, a husband or wife may choose to testify against their spouse, but if they don’t want to, the court cannot force it because of spousal competency laws. Spousal competency does not apply if the party was witness to the crime before the marriage took place. In that case, the spouse would have to testify.

In Ohio, spousal privilege is different than spousal competency. Spousal privilege is designed to protect spouses from an invasion of the privacy of the marriage. Under Ohio’s spousal privilege law, even if a husband or wife wanted to testify, the spouse against whom the testimony was being elicited could prevent it from being allowed as evidence. Even if the couple’s marriage is dissolved, spousal privilege protects the husband or wife from the testimony of his or her ex-spouse, if the incident occurred during the time of their marriage. There are a few exceptions to this rule, such as when the husband/wife is the victim of the alleged crime committed by his/her spouse.

Spousal privilege only exists to preserve the sanctity of marriage; if there is a third party present who is also a witness, the third-party witness would be allowed to testify, and the spouse, if he or she wanted to do so, could also testify about anything that occurred during the time when the third party was present.

In most cases, spouses cannot or do not have to testify against each other in criminal cases. If you have been charged with a crime or are under investigation, an experienced criminal defense attorney can help you ensure that no evidence, including spousal testimony, is used against you if it can be prohibited. If you believe that you have been wrongfully convicted or that evidence was used to convict you that should not have been used, contact an experienced criminal defense attorney immediately, as you may still be able to appeal the conviction. For more information and a free consultation, please contact Jeff Hastings, experienced Cleveland Criminal Defense Attorney.