This information does not constitute legal advice, nor is it intended as a substitute for legal advice. 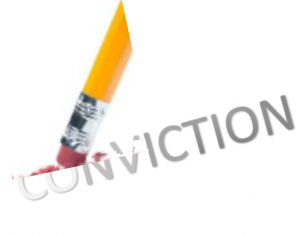 If you have been convicted of a crime in Ohio, your record can be sealed. In Ohio, expungement and the act of sealing a record function in the same way. The law has recently been updated, so if you were not eligible for expungement before, you may be now.

If you would like to have your criminal record expunged, the process begins by filing papers in the Court where your case was filed to have your record sealed. You must meet the following conditions according to the Ohio Revised Code Section 2953.31, Sealing of record of conviction:

There are restrictions to expungement based on the type of crime. In Ohio, a first- or second-degree felony cannot be expunged. If the victim of the crime was under the age of 18, whether the crime was a misdemeanor or a felony, the conviction cannot be expunged. And, violent offenses like kidnapping, domestic violence, felony assault, murder, rape, arson, robbery, and sexual offenses are not eligible for expungement. DUIs, hit-and-runs, and street racing convictions are also not eligible.

The expungement process requires a completed application, a fee, and a court appearance. The prosecutor who served during the court case resulting in the original conviction will have the opportunity to object to the expungement and will be allowed to provide reasons why the expungement should be denied.

Your attorney should present facts that demonstrate your rehabilitation. The court will listen to the prosecutor’s objections as well as your reasons for wanting the record sealed. You must be able to demonstrate to the court’s satisfaction that you are properly rehabilitated. If the court determines you have been properly rehabilitated and agrees to the expungement, all of the official records regarding your case will be sealed. It will be as if the conviction never occurred, providing you with the opportunity to get your life back on track without the conviction hanging over your head.

A record can be sealed if you were charged with a crime but not convicted, whether the charges were dismissed or you were found not guilty. This allows you to still answer “No” to application questions that ask whether you have ever been arrested or charged with a crime. Under Ohio law, if the record is sealed, it’s as if the arrest or charge never even existed.

A record can be expunged if you were convicted but meet certain requirements to have the record removed from public access. If you successfully seal or expunge your record, you are likewise allowed to answer “No” to applications questions that ask if you were convicted of a crime. However, an expunged record is not completely sealed; law enforcement and educational institutions will still have access to the information. You may also be forced to answer questions about an expunged conviction when “the question bears a direct and substantial relationship to the position for which the person is being considered.” This is most often going to arise if you are trying to get a job working with a vulnerable population, such as children or the elderly, or for jobs that require a security clearance.

If you have a conviction or charge on your record that is preventing you from moving forward with your life, I can help you work through the process of expungement. Contact me for a consultation.