Ohio Marijuana laws have recently changed. The recent decision to legalize medical marijuana makes Ohio the 25th state to do so. One complication in the law is that each municipality has the right to opt out, so how the law is administered will depend on where you live. The new law does provide medical marijuana users with an affirmative defense against prosecution for marijuana possession. To benefit from such a defense, the person charged will need to prove that it was medically necessary, prescribed by a physician, and the marijuana was acquired from a state dispensary. The physician must state that:

Recreational use of marijuana is still illegal in Ohio and can result in being charged with possession.

Possession of Marijuana in Ohio (Under 100mg)

Ohio’s penalties for possession of marijuana are considered lenient compared to many states, particularly for quantities of less than 100 grams (considered a personal supply). Being convicted of possession of marijuana will typically result in a fine not to exceed $150, and the fine can sometimes be replaced with community service. A conviction most likely will not become part of your criminal record, either.

Possession of Marijuana in Ohio (Over 100mg)

Once you exceed the amount considered the limit for personal possession of marijuana, the penalties can become severe. Ohio determines penalties based on the amount of marijuana you possess in grams (not number of plants).

Penalties for Possession or Distribution of Marijuana in Ohio

Possession of more than 100mg – a personal amount of marijuana – and/or the possession of measuring devices and baggies – may well be enough proof of intent to distribute. You can be charged with distribution of marijuana in Ohio based on how much you possess and what other paraphernalia you have, even if you are not caught in the act of selling. The penalties for possession and distribution or intent to distribute marijuana escalate with how much you possess and whether you are near a minor(s) or school.

Federal Prosecution for Possession and Distribution of Marijuana

Though medical marijuana is legal in half of the states and Washington, D.C., the federal government still considers it an illegal drug and classifies it as a Schedule 1 drug on the Federal Controlled Substances Act. While the Department of Justice will not prosecute cases in which possession of marijuana is legal in the state, they will still prosecute interstate possession and distribution, particularly where possession of marijuana is still illegal in one of the states. While the parent of a child who travels to Colorado for the purpose of obtaining medical marijuana to treat the child’s seizures would likely not be a target for federal prosecution, anyone possessing and transporting marijuana from Colorado or any other state for recreational use, especially large amounts with the intent to distribute, would risk federal prosecution.

If you have been charged with any kind of federal drug charge, you need an experienced criminal defense attorney who is experienced with federal law. 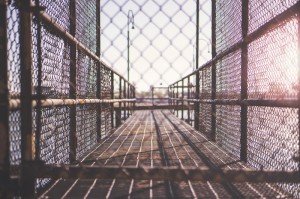 While Ohio law enforcement authorities have enforcement responsibility for many of the crimes that occur within our state, our justice system is also overseen by the federal government. And while there has been much discussion about the decriminalization of marijuana at the state level, the possession, distribution, or production of marijuana and many other drugs, including meth, cocaine, LSD, and heroin, can result in federal drug crimes and charges.

State and federal agencies will sometimes work together to determine whether a person accused of drug-related crime should be charged either at the state or federal level, and the penalties for violating federal drug laws are often far more serious than state penalties. If you have been charged with federal crimes related to possession, distribution, or trafficking of drugs, you need an experienced criminal defense attorney at your side. Many convictions for violating federal drug laws carry a mandatory sentence and jail time is often longer. And, if it is not your first drug or drug trafficking offense, the penalties – should you be convicted – can often be dire.

The most common reason someone is indicted on a federal drug charge, rather than at the state level, is because large amounts of drugs were involved and those drugs were transported from other states and/or countries to Ohio. So, you can still be charged at the federal level without ever stepping foot outside Ohio.

If you are charged by the federal government on drug-related crimes, the charges are similar to those types of charges you would face at the state level:

If you are convicted of a federal drug crime, your sentence will likely depend on the amount of drugs you were convicted of and your criminal history.  Other factors that can increase your sentence are whether anyone died as a result of your actions, whether you were in possession of a weapon, and whether you have any previous similar convictions. The manufacture, possession and/or trafficking of drugs in large quantities (more than a kilo of cocaine, more than 10 grams of LSD, more than 50 grams of meth, or more than 1,000 kilos of marijuana) result in a minimum 10-year sentence, up to life in prison. Crimes related to smaller drug amounts may still carry minimum sentences of five years up to 40 years. Any drug crime resulting in death or injury to others can result in a 20-year-minimum sentence. Fines can also be in the millions of dollars.

What to Do If You Are Arrested for Federal Drug Crimes 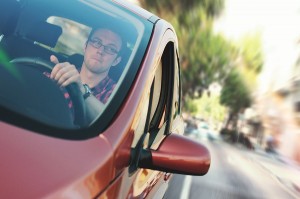 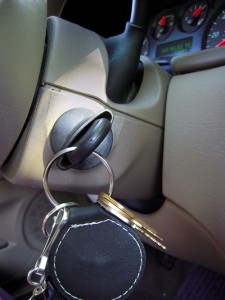