Assault charges are serious and can result in significant jail time and fines in Ohio without an experienced criminal defense attorney at your side. 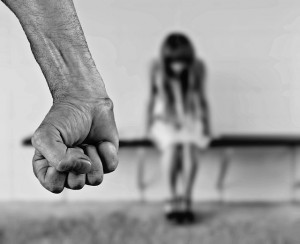 Assault is a serious crime resulting in a charge that can have a significant impact on your life. In Ohio, any type of assault is considered a violent crime; consequently, a criminal defense attorney experienced in defending people charged with assault is essential.

Felonious assault is a serious crime. To be charged with felonious assault, you must be suspected of having knowingly caused serious physical harm to another person or to an unborn child, or be suspected of causing or attempting to cause serious physical harm with a deadly weapon or firearm (known as “dangerous ordinance”). This is a second-degree felony, but if the victim is a law enforcement officer, you will face a first-degree felony charge.

Other Forms of Assault

You can be charged with negligent assault if you negligently cause physical harm with a deadly weapon to another or to an unborn child. Domestic violence falls under the category of negligent assault in Ohio. If you knowingly or recklessly cause or attempt to cause physical harm to a family or household member, or if you use or threaten force that causes a family or household member to believe they are in danger, you can be charged with this crime.

The penalties for assault depend on the type of assault you are charged with and are as follows:

The sentence for any form of assault can be even more severe if you knew that the victim was pregnant, if shots were fired nearby a school or residence, from a vehicle, or if body armor was used during the crime. You can also be responsible for paying restitution, meaning that you have to cover expenses for medical treatment, counseling, or property repairs of the victim(s).

If you are being charged with assault or other criminal charges, you need an experienced Ohio criminal defense attorney to help you navigate the criminal process. For more information and a free consultation, please contact Jeff Hastings, experienced Cleveland Criminal Defense Attorney.